LeanSP helps you to focus on your LEGO SERIOUS PLAY (LSP) event: Buy or rent pre-sorted LSP trolley cases for your next workshop. Reduce preparation time and optimize your workshop.

Rent LSP materials What is LSP?

Looking for a facilitator?

Save time and money with the LSP rental service. Rent sorted LSP materials in workshop cases. Instead of sorting lego bricks, you could already plan the next workshop, acquiring customers, or simply enjoy your evening. Two-way-shipping is included. Transport in a handy trolley bag. 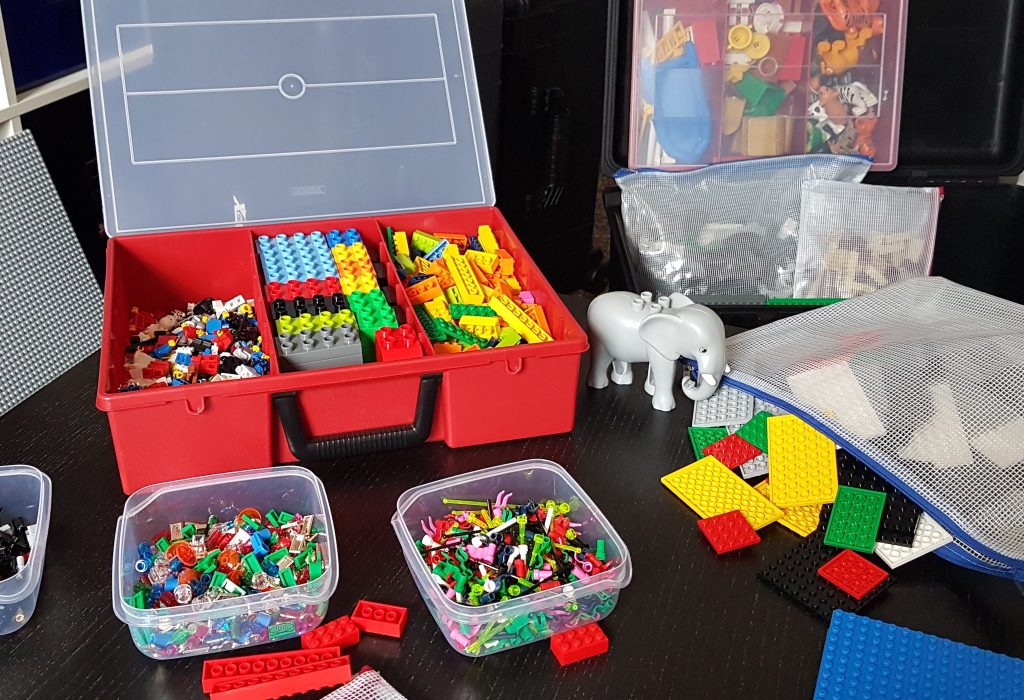 ✓ You receive the sorted materials in robust trolley cases, delivered by UPS.
✓ You will already receive the materials 1-2 business days before your scheduled workshop.
✓ The LSP sets are sorted, cleaned and neutral packed.
✓ Pick-up and return is included. Or you drop-off at a parcel shop on the next working day.

How does it work & Details

We fight the virus. For your next online workshop with LEGO® SERIOUS PLAY® (LSP):
Selection of materials for an efficient video conferencing workshop. Participants receive one box each.
We are shipping the boxes directly to multiple addresses. Shipping included across the EU. 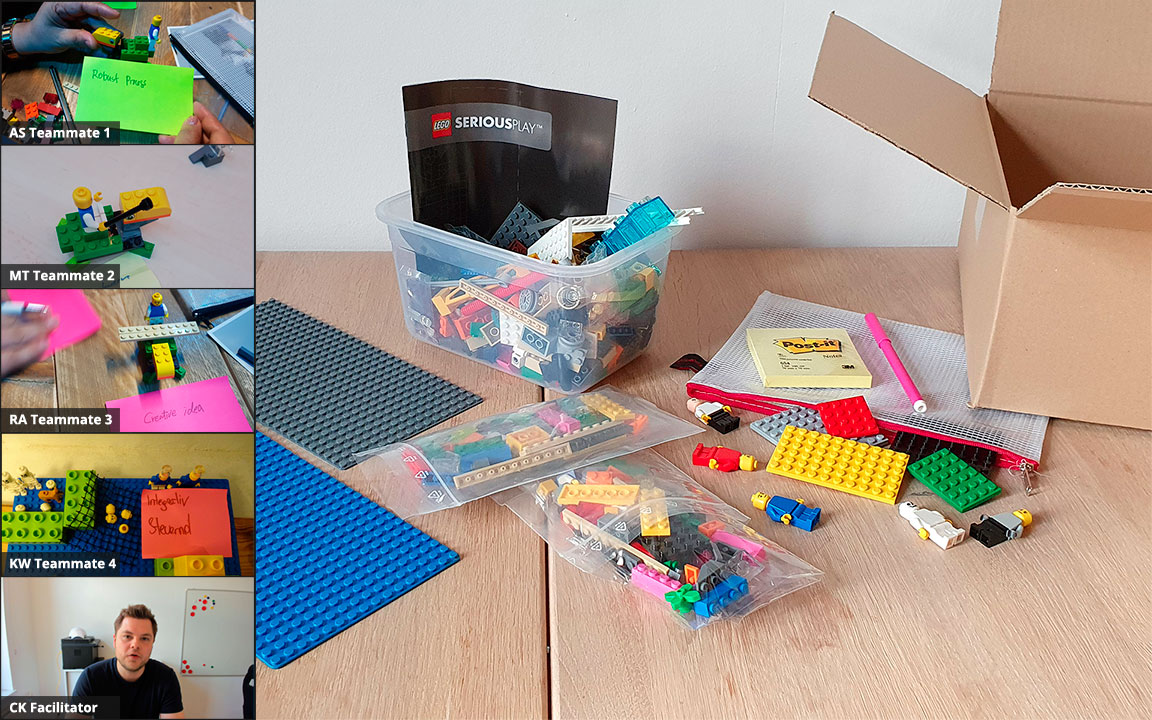 Includes: Starter Kit in a resealable container, 2 Window Exploration Bags for extended warm-up and skillsbuilding, additional base plates for personal identity and agents, as well as more minifigures, sticky notes, a pen and a zipper bag. Fast and reliable shipping with UPS.

Innovation is imperative during the crisis

The ongoing pandemic hinders attendance-based workshops with LSP, while innovation and problem solving are imperative during the crisis.

Adaption of face-to-face LSP to run online hybrid workshops using digital tools but with real Lego materials. This approach was recently introduced by Micael Buckle and Johan S. Roos in a webinar with 80+ LSP facilitators across the globe. Sean Blair and Jens Dröge have successfully tested a similar approach and are working on an online training.

Each participant connects to the hybrid LSP session via video conferencing such as Zoom from home. The session is led by a facilitator. Each participant needs a selection of materials during the workshop to build models, personal identities and agents. A virtual shared model and system can be created by uploading pictures of individual models and placing them in a collaborative editor such as Google Docs.

LeanSP would like to make it as easy as possible for facilitators to provide each participant with the proper materials. Just supply the addresses of your participants when placing an order and we send each of them a Starter Box quick and reliable.

LeanSP offers individual fulfillment solutions for training providers. You select the materials and we ship them to your participants. Use our international shipping expertise so that you can focus on your workshop. We take care of materials and logistics: Get in touch

Hundreds of satisfied customers in Germany and Europe. Consultancies, universities, start-ups etc. rent from us. References on request. 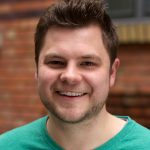 Support & Advice
Christoph Köpernick: Founder of LeanSP and certified facilitator of LEGO® SERIOUS PLAY® method and materials.
Get in touch

What is LEGO® SERIOUS PLAY® and how can LSP help you? 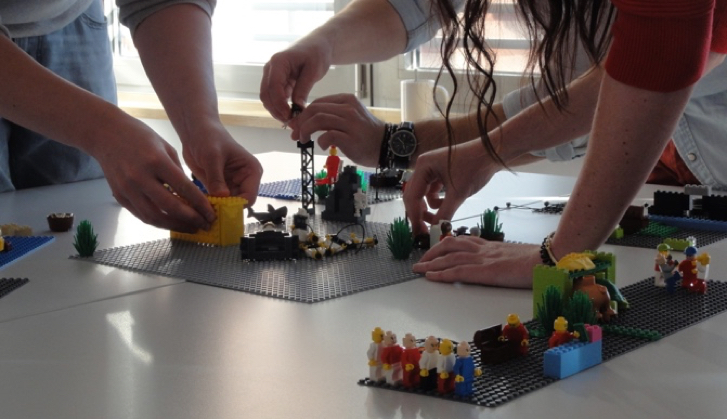 LSP is an interactive tool for problem solving. LSP is specifically designed to solve complex problems in the business world and to communicate more easily in teams.

The facilitated process allows the participants to build models and use them as metaphors. This allows organizations to understand complex relationships and to analyze scenarios. A typical LSP session is with a team of 6 to 12 people. While multiple teams can work in parallel. The iterative process follows 4 core steps in each round. Complexity and value increase from round to round. A LSP session can range from 60 minutes to 2 days.

Find a matching facilitator for your next workshop with LEGO® SERIOUS PLAY®. While we are updating our marketplace, we will help you to find a suitable lead- or co-facilitator from our network. 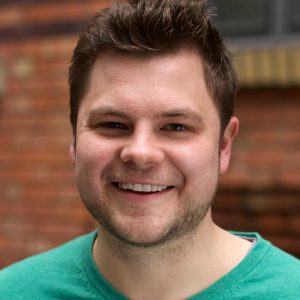 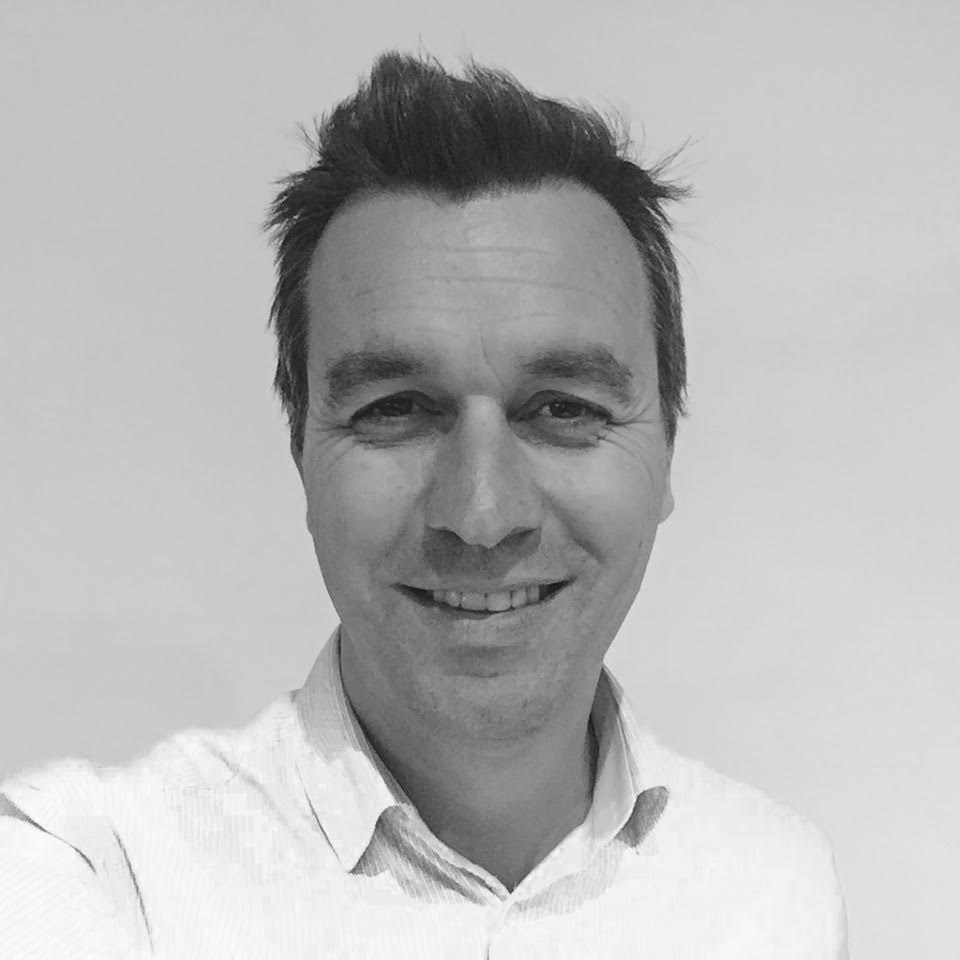 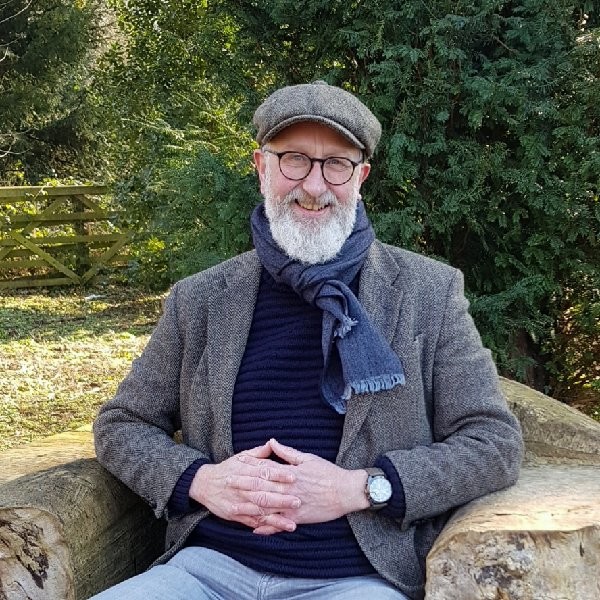 Simon Cripps
I bring over 30 years experience of working with people, teams and organisations in public services and the private sector… 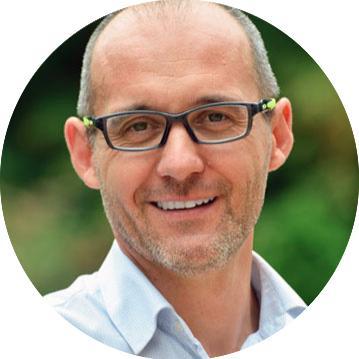 In March 2015, I faced the following challenge: I had become a LEGO® SERIOUS PLAY® facilitator – or after the new Trademark Guidelines have been released, a “Certified facilitator of LEGO® SERIOUS PLAY® method and materials”. I had first customers and had a few starter kits, as well as exactly one Identity and Landscape Kit. But I needed more for already booked workshops! For a few workshops the purchase of the materials was not economical. I was still uncertain, if there would be future inquiries and if the method would prove in the long term. So I was looking for a way to borrow LSP materials. In a forum post I found someone who had the same problem, but also no solution.

Nevertheless, this signal convinced me to buy more LSP materials for my own workshops and lend it at the same time. Over time, demand grew. At the end of 2015 Michael Tarnowski spoke to me and we thought about a cooperation for another rental location in Wiesbaden. But at this time I was strongly involved in other projects and not ready for a next level of the LSP rental service. Michael has set up a second rental and I have recommended him for requests that I could not handle at times. Since summer of 2016, I have a little more time again and also facilitate more LSP workshops. 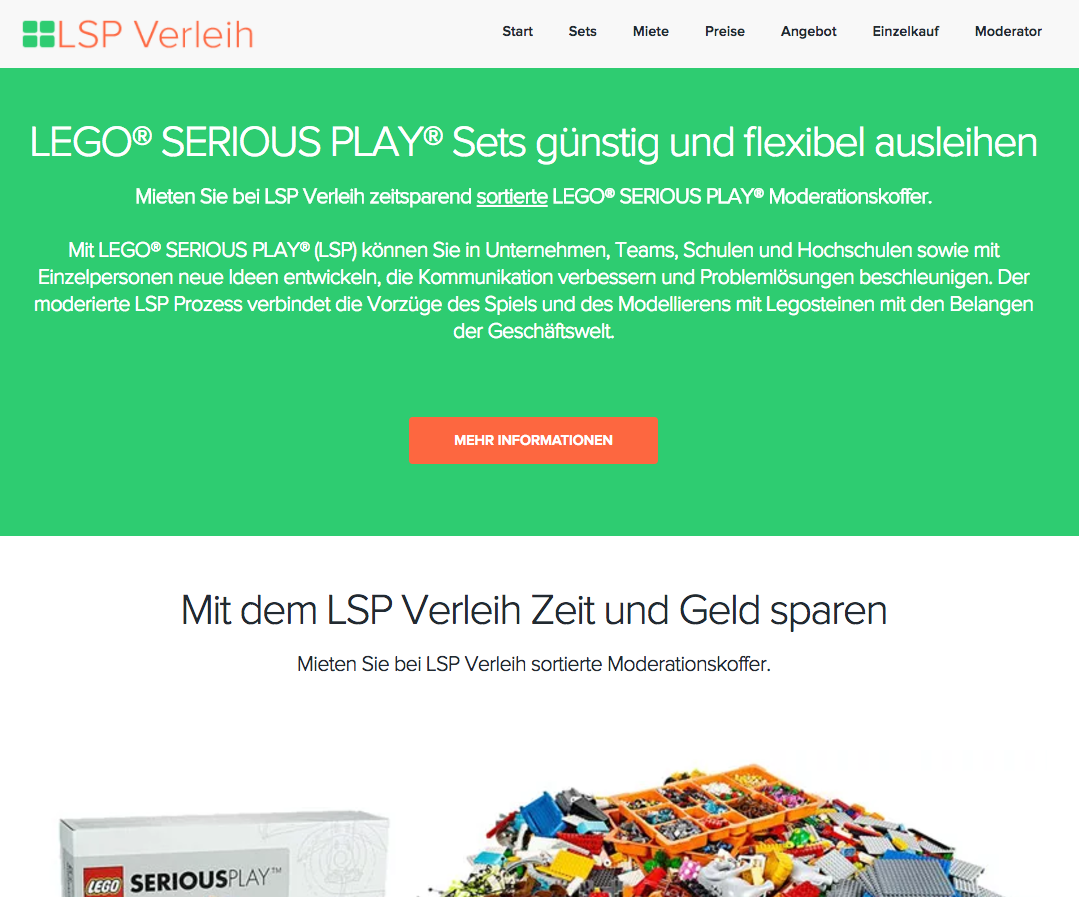 The option to rent LSP materials makes the start with LSP easier for fresh facilitators, and experienced facilitators can borrow large quantities of materials on demand. This is, IMHO, an important contribution to the LSP ecosystem. But with the experience of lending LEGO® SERIOUS PLAY® materials for more than two years, some new challenges around LSP in general have emerged:

LSP does not mean to play with legos. Even if the basic version of the LSP method – some call it LSP 1.0 – is open-source and documented, it takes a training to apply the LSP method correctly. Especially if you want to get from the landscape and scenarios to the simple guiding principles – some call it LSP 2.0. A training that costs 2,000 € to 3,500 € and is essential to apply the method correctly. In order to apply LSP with a team of approx. 8 participants, the investment costs for the materials are also quickly increased by up to € 1,800. There are no alternative ways to learn the method and these are difficult to implement because of group dynamics and the hands-on method. The more experience an LSP facilitator has, the easier he or she can ask individual questions and prepare workshops. But how can LSP be easier to practice and how to get first customers?

The method scales poorly due to materials, facilitation, and preparation / follow-up

The high flexibility of the method leads to the fact that a wide range of questions can be dealt with. However, this flexibility can also be a disaster, so that in the worst case each workshop must be individually prepared. The standardization of workshops is difficult, but it becomes easier with increasing experience. In addition to the preparation of a workshop or LSP event, the materials have to be assembled and brought to the venue. After the workshop, the results, which have hopefully already been recorded during the workshop by means of photos and videos, have to be documented and prepared, so that the use of LSP also has long-term benefits for participants and clients. The materials must be sorted again and cleaned after the workshop. With 8 participants, the effort is manageable. But the effort for preparation, execution and follow-up is increasing exponentially according to the number of participants. Not to mention the fact that you often need a co-moderator from 16 participants.

Actually, every company or team has complex problems that could be solved with LSP. The awareness of the LEGO brand is a mixed blessing. The playful image of LEGO® makes it easy to misunderstand the SERIOUS PLAY® method. I do not want to conceal that, from time to time, there are rental inquiries from persons or companies who want to “do something with Lego”, think that would burn the LSP method. Such requests are now rejected. Companies that want to work with LSP for the first time should ideally have the first contact to LSP via a trained facilitator. But a top facilitator costs money. This is due to training, materials and experience. In particular, as with many other innovation and creativity techniques, the quantification of the benefit is not always easy. Maybe there should be another way which allows the benefits of LSP to be tested quickly and cost-effectively without the LSP ecosystem being harmed.